Well this morning I woke up around 3:00 a.m. with some horribly unpleasant mouth pain that hasn't gone away all day.  It feels like a million little needles are sticking into the sides of the back of my tongue.  Eating and drinking make it worse.  I don't have any mouth sores which is good, but this is extremely uncomfortable! 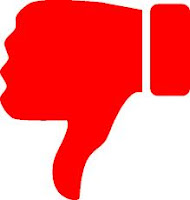 I tried ice cream in the morning thinking that would help, but for some reason it tasted terrible!  I guess chemo messes with your taste buds, so I guess that's why....  I was able to eat watermelon - it hurt a little at first but it was cool and wet and ended up soothing my tongue after a few bites.  I literally ate a half of a watermelon today!  I also ate a couple of popsicles - the cold seemed to numb the pain for a little while, which was nice.  Thanks to my friend Nikki for bringing those to me today!

I finally called the Nurse Line at my oncologist's office a few hours ago.  They prescribed me a mouthwash that's supposed to help.  It's called First Mary's and is literally neon yellow and thick and gross.  I swished it around my mouth for only about 6 seconds before I spit it out - it really hurt :(  I'll try it again tonight.

My gastritis is back too.  Gastritis is an inflammation of the stomach lining, usually caused by prolonged use of anti-inflammatory drugs, such as aspirin.  In some cases it can lead to stomach ulcers.  I've had gastritis twice in the last year due to aspirin use (I get a lot of headaches).  Both times it was easily cured with a 2 week treatment of over-the-counter antacids (Prevacid is what I used).  Chemo can cause bad acid reflux and can affect the strength of the stomach lining, which is likely what is causing my gastritis this time. It's hard to explain what it feels like - it's like a burning inside your stomach just below your breastbone.  I slept sitting up last night and it helped.  I'll need to stay on top of my antacid prescription to try to keep this from getting too bad.

The problem now is that I don't feel like eating or drinking anything since my mouth hurts so bad, which will only make the other side effects worse (headache, constipation, nausea, etc.).  I'd say Day 4 has been the worst so far.  It's not completely unbearable, just uncomfortable.  The feeling of the day is just "blah!"